The wife and I had a fun night out last Saturday. We met some friends out at Plymouth Roc, 1020 Ann Arbor rd. in Plymouth. We arrived just before 7:00 pm and the place was jumping. There was March Madness on the various T.V. screens and a 50th surprise birthday party taking place which we all got to join in on. The atmosphere was electric. My wife and I split a pizza for dinner. We ordered a large due to our server’s recommendation which proved to be entirely too much pizza for the 2 of us. Good thing I love left overs. The pizza was great though, we created our own: ham, green pepper, and onion with butter cheese crust. I washed mine down with an early pour of Bell’s Oberon while my wife had a s’mores martini made with whipped cream flavored vodka, chocolate liquor, and a graham cracker crust rim. My oberon was crisp and refreshing with light citrus notes and a creamy finish. The s’mores martini was absolutely to die for. I would get myself into trouble drinking those as they taste more like a dessert than an alcoholic beverage. After dinner they turned off the lights and the entire place got to shout surprise as the birthday girl arrived. You could tell she was genuinely surprised and seemed to be a bit of a party animal so you got the feeling it was going to be a rocking night at Plymouth Roc. It was just that thanks in large part to the giant projection screen that had been featuring Michigan State’s routing of fellow Big Ten rival Minnesota in a 70-50 final score finally being retracted up to reveal the top entertainment of the evening, the band: Motor City Soul! I had never seen this 8 piece band play before but to say they got the crowd jumping was an understatement. Consisting of 4 alternating lead singers, guitarist, bass guitarist, drummer, and key board, as the name suggests they played some of the biggest Motown hits you would expect from a band called Motor City Soul. They led off the set with Sly and the Family Stone’s “Dance to the music,” and the crowd did just that. Motor City Soul had some range however, straying from Motown and branching out to some of today’s hits such as Bruno Mars,” Robin Thicke’s “Blurred lines,” and even Outkast’s “Hey Ya”. They continued to branch with some classic rock like Journey’s “Lights,” country doing Chris Stapleton’s “Strawberry Wine” and my favorite song of the evening was when they belted out an energetic and surprising version of The Violent Femmes “Blister in the Sun.” I would highly recommend seeing this band if you have a chance and if you have a wedding coming up or know someone who does you can hire them to lay at it. I am thinking about proposing to my wife again just so we can hire this band to play at our second wedding! I was looking forward to a fun night out at Plymouth Roc but got that and then some with great service, a fun crowd, and a band that really got the party jumping.

I had been to Liberty Street Brewing company before, but the other night I saw that they were doing something different. There is no shortage of places to go for an after dinner drink in downtown Plymouth, but Liberty Street had a stand up comedy show going on upstairs for the low price of $10 a ticket. In the spirit of keeping the date night interesting, we decided to give it a try. We were pleasantly surprised at what a delightful evening it ended up being. The upstairs lends itself to a comfortable and intimate environment, perfect for a comedy show. At first we thought we were late and would have to stand as all of the tables were taken up, but upon further glance we realized that there were 2 spots at the bar. Leave it to us to stroll in last and get the best seats in the house. We were far enough from the stage to be out of heckling range and closer to the refreshment station than anyone else. There were 5 comedians in total, not bad for $10 per ticket, and they were all funny enough to keep the laughs flowing all night. The delicious craft beers didn’t hurt either. My wife ordered the pumpkin pie ale which I thought seemed out of season for February, but as she put it: “Delicious is never out of season.” You can smell the pumpkin pie spice before you take a sip and I’m not much of a pumpkin beer fan, but this one was smooth and drinkable. As for me I went with the Eagle Eye session IPA. A session IPA has a lower alcohol content than your average IPA, which comes in handy if you have to do things like drive an automobile. This is a very impressive session IPA, very hops flavor forward with a smooth crisp finish. All in all we had a great time at the Liberty Street Brewing Company, so much so I blogged about it. I recommend the next time you head down to Plymouth, stop in to Liberty Street for a tasty beer and check the comedy show schedule. I found it on eventbrite.com. Cheers!

My wife and I had an impromptu date night the other day. It wasn’t planned, but when the kids are unexpectedly care for for the evening and you have no plans, let the date night commence! We decided to head to downtown Plymouth at 6:00 p.m. on a Saturday. Was that the smartest idea when you can hear your stomach growling with hunger, maybe not but the adventurers inside of us won out. We wanted to eat somewhere that we had never tried. Our first thought was to check out Pizza e Vino Cellar 849 on Penniman ave. Neither of us had been there, we heard it was really good, and how can you go wrong with wine and pizza? I didn’t realize how popular this place was until the hostess told me was going to be a 2 hour wait. 2 hours seemed a little excessive being that we were already hungry so we decided to go across the street and give the Post a try. We walked in and it was packed also but we lucked out and got what I considered to be the best seat in the house, next to window tucked back in the corner by the bar. The service was spot on from the get go. We decided to order a fancy drink rather than a craft beer which is our usual go to. My wife ordered a watermelon martini which she raved about. I went with the ginger Manhattan which was top 3 best Manhattans I’ve ever had. The ginger comes from a ginger liquor that they mix with bullet bourbon, vermouth and bitters. The flavors complimented each other so well I had to order 2! For dinner my wife ordered the bistro burger which did not disappoint. I myself ventured out a little further and decided to try the crab cakes. I can honestly say I’ve never ordered crab cakes as an entree before but I am glad I did. They were the best crab cakes I’ve ever had made with lump crab and served with a lemon remoulade to dip, I would highly recommend this dish to ant and everyone. The crab cakes came with a side of fresh green beans and sweet potato fries that really set the meal off. The sweet potato fries were the perfect combination of crispy on the outside and bursting with soft, hot, sweet potatoey goodness. We hadn’t planned on eating at The Post, but in the future, we will be! Sometimes these last minute surprise getaways can be the very best!

Tips For Buying This Spring

You definitely want to see these helpful hints for when you buy your home this Spring!

The NFL Playoffs started this weekend, and Brandon & Dylan discuss the first round of games. Should the Eagles switch QB's? What was wrong with the Bears? All this and more!

With the college football season wrapping up, Brandon & Dylan discuss NCAA basketball. An in-depth analysis of the University of Michigan's prospects for the NCAA tournament is included, with Dylan's keen insights on full display!

Brandon & Dylan return for an all-new episode, where they discuss the NCAA bowl games, and also brainstorm ideas for encouraging college players to not sit out prior to the NFL Draft. In addition, Dylan makes some bold predictions!

The Playoff Picture Has Become Clear! Hear Brandon & Dylan's Take On The College Football Playoff (And Get Some Predictions As Well!) 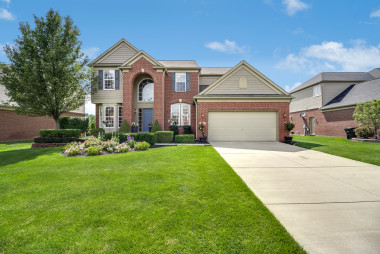 Search For Your Next Home. 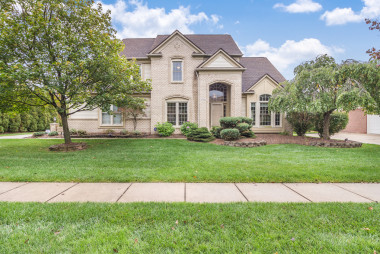 Get The 20 CRITICAL Questions You Need To Know Right NOW!

Choosing the right agent to assist you can be the difference in lost time, frustration, and overpaying versus a fun stress-free transaction on a great home at a great price.

Get Them Now
We use cookies to enhance your browsing experience and deliver our services. By continuing to visit this site, you agree to our use of cookies. More info